[When Mister read this, he gently and correctly pointed out that this post doesn’t contain any insights he hasn’t read elsewhere. He’s right, and that’s okay with me. I needed to say this… for my boys and for me.] 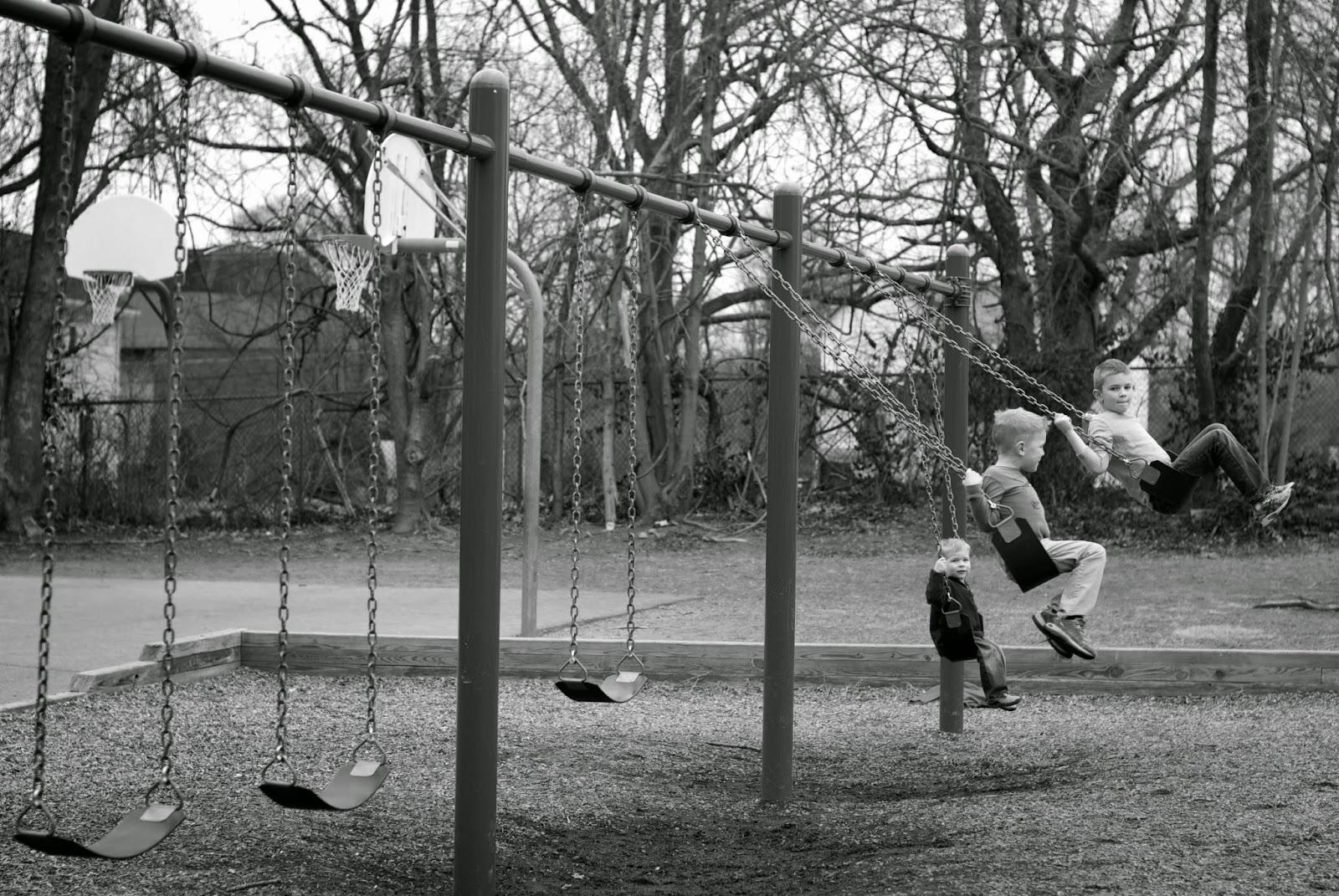 To my precious boys,

By the time you are old enough to truly understand what I’m writing to you today, Michael Brown’s name might be all but forgotten. It might have become buried in the growing list of names of boys and men who have died under similar circumstances. The events of last week may have become hazy because, tragically, his story is not unique. But I will remember Michael Brown’s name for us because it was his story that made me face many uncomfortable truths about my life and about our world.

For the last week, information has swirled about Michael Brown and the circumstances of his death. He was a black teenager, and the police officer who shot and killed him was white. He was unarmed. He was walking down the street with a friend. He would be attending college in the fall. He was shot six times. He allegedly had just robbed a store. He may have rushed the police officer. His body was left in the street for hours. It has been hard to make any sense of so much, often conflicting, information.

Eventually, I stopped trying to process the minutia of the story, stepped back, and took note of the broader story and who was saying what. It was only then, amidst the noise, that I finally, truly heard the voice of people of color crying, “Look!  Please!  It’s happening again! Another one of our children has died! What will it take for you to notice?!” Statistics I already knew suddenly morphed from mere numbers into names and faces and stories:  the startling rate of incarceration for black men, studies that point to a racial bias in law enforcement. A pattern appeared that had gotten lost when focusing narrowly on one story.

But it was one discovery that forever jolted me out of my previous, comfortable existence: Parents must have The Talk with their black sons. Mothers and fathers and grandparents and religious leaders have to tell their black sons how to respond with deference when they are stopped by police officers, how to react when clerks follow them around stores, how critical word choice and tone and demeanor are. They instruct their sons that good intentions aren’t enough, that simply not doing anything wrong is insufficient. Learning these lessons isn’t simply a matter of proper manners or upstanding morals; it is a matter of life and death.

I had been struggling to figure out what my response to Michael Brown’s death should be, and with this revelation, all at once it struck me: As long as mothers of black sons are having The Talk with their sons, I will have a similar Talk with you. Because good intentions and the simple absence of any wrongdoing are insufficient for you, as well. If you are doing nothing to fix the problem of racism, then you are complicit… as I have been. We will do better, together.

I don’t know exactly what doing something will look like for you or for me, but now that I have my head out of the sand, the first step is clear to me: Listen. Our brothers and sisters of color have stories they need us to hear. Ask them to tell you, and listen to their answers. I will start this important work and will do my best to share with you what I learn, until you are ready to join me.

At the same time, I will teach you about the privilege of being a white male in this world. I don’t want to make you feel ashamed of who you are – after all, you had no more control over your gender or the color of your skin than Michael Brown had – but I will try to teach you to use your privilege responsibly. We must stand with our brothers and sisters who have been oppressed. We must not let our fear of saying or doing the wrong thing prevent us from doing something.

And I promise to you that I will continue to work toward figuring out the next right step… because I want you and all our children to live in a just world.

Last year, as I was considering what might come next for me career-wise, I had a vision so clear it could have been mistaken for a memory. I was standing on a residential, urban street, in the doorway of a modest, brick building. I was there to serve the community. A black man about my age approached me, eyeing me suspiciously, and asked, “Why are you here?” I replied simply, “To listen.”

The vision ended there. I don’t know what comes next. But I now know the journey begins today.